This, as you probably read, is my last blog of the school year. I decided that I’m going to go back on my blogs, choose some of my favorite, and post a link to them here with a smaller description. That way I can more easily incorporate my entire 2015-16 school year into this one blog post.

I remember that this was a whole lot of fun. I’ve been wanting to go back there, but we just haven’t made it happen. Hopefully we can go back next year.

I was obsessed with this book series for a while. I would dream that I was in the Hunger Games, read it almost every day with Charlotte, and talk about it all of the time. It’s grown old for me now but I still enjoy the movies. #TeamGale

This is one of my more random blogs. The Bald Head Island trip was actually a bit more disappointing than I made it sound. I said that the hike was still fun? It was actually pretty boring. The squid dissection was fun, though. I also wrote about the Amy Steinberg Performance! That was a big highlight of the year. We worked on it for 8 long weeks before we were ready to perform. We had a pretty big audience considering our small school. No disappointment there.

This was a pretty fun trip. I never did end up going back there besides delivering deodorant one time. I would like to volunteer when I’m older, though.

I pretty much cover all of my feeling about this in my blog. For an update we still haven’t gone back, but I hope we can figure something out for next year.

We did this for a few weeks afterwards! We didn’t start up again after Spring Break, but this is definitely something I would love to do again.

This was a lot of fun. I never did finish drawing everyone on the team, or even a 5th player, but I might finish up someday.

This isn’t really about school, but this was a big part of my year in general. I’m still as curly as ever 😉

This also doesn’t really have to do with school, but oh well. Yes, 2 months later and I STILL have braces. Shocker.

This was SO much fun! I would really like to go back sometime. Maybe even for a weekend or something.

Writer’s Workshop was such a big part of my year. It helped me improve with my writing and I’m getting better every day.

And last, but certainly not least…

This was an amazing trip. I enjoyed this far more than any of my other trips with school! I can’t wait to go on a trip somewhere else next year. I didn’t finish this post, so here is the short version: We just happened to see the Blue Angels do formations, then we got stuck in terrible traffic for 2 hours on a 20 minute drive, then we ate food and left the next morning.

See you until August.

P.S. Today I got pedicures with Kristine and Melissa because why not. 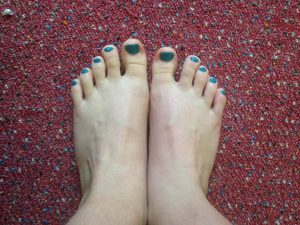