In writing my 32 page report about keeping snakes as pets, I came across a lot of information. The information was pretty contradicting at times, and it took work to figure out which sources to believe and which sources to disregard. I’ve found that this isn’t just true about pet snakes; it’s even truer when it comes to wild snakes both venomous and non-venomous.

There are a few misconceptions that I want to address before we get started.

Remember that the best way to know if a snake is venomous or not is to memorize what your local venomous snakes look like. If the snake you want to identify doesn’t look like any of them, you’re probably dealing with a nonvenomous snake. We have only three venomous snakes, so I’m sure you can remember what they look like.

This is an adult copperhead. Adults are usually 2-4 feet in length. Notice that the head is a copper color and the body is copper and almost pink. The markings along the side of the body are Hershey kiss shaped (although some in other areas may have bands across their back and no clear Hershey kiss shapes). Copperheads are venomous. You do not want to mess with a copperhead. Instead, if you see one just leave it alone. If you really need to move it spray it with a hose. It is extremely dangerous to attempt to kill any venomous snake because that puts you in a much larger risk of being bitten than just leaving it alone.

Below is a baby copperhead. It has the same markings as the adults and a bright yellow tail tip. There is a myth that baby snakes’ venom is more harmful than adult venom, but there isn’t any proof of this. 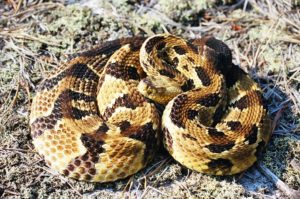 This is an adult timber rattlesnake. They are venomous and usually get about 3-6 feet. You can see the orange stripe that runs from the neck down the back. Like any other venomous snake, you should avoid getting too close. Give them space and they will move on with their day. Below is a baby timber rattlesnake. 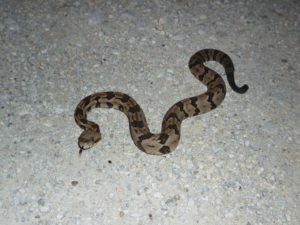 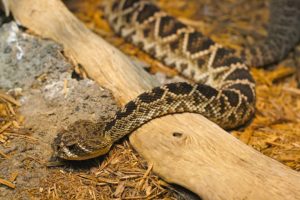 This is a venomous eastern diamondback rattlesnake. Some maps say that they are around here and others say that they aren’t, but I figured I would include it. There are diamonds down the back and it has a pretty distinct head shape. They get 3.5-6.5 feet long. Definitely respect these and give them space.

Keep in mind that this list is comprised of 3 snakes. If you live in or around Charlotte and see a snake that doesn’t look like any of these, it’s probably safe, but don’t mess with any snake when you aren’t positive of the species. 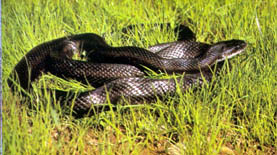 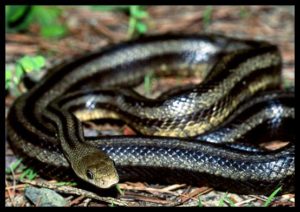 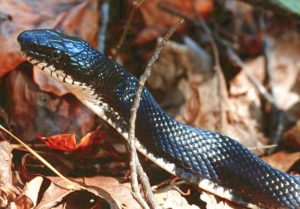 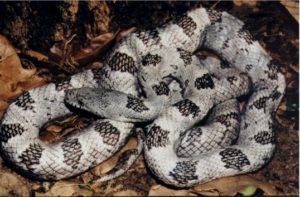 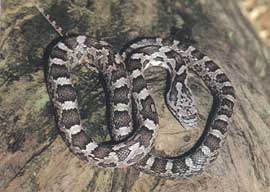 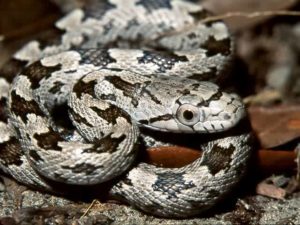 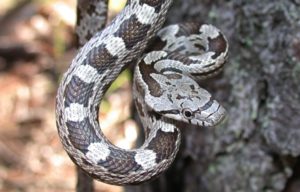 These are all non-venomous rat snakes. I think that they are so cute! They can be 3-8 feet long, depending on the species. For some reason rat snakes are often misidentified as copperheads which… Makes no sense to me. But whatever. They actually feed on copperheads among other things. If you come across one please leave it alone! They will move along and eat the mice trying to get into your basement. If you really do need it gone you can spray it with a hose or, if you’re gutsy, you could gently move it by hand. If they do bite it usually isn’t a big deal. Wash super well and you’re good to go. Just make sure you know what you’re handling before you handle it! 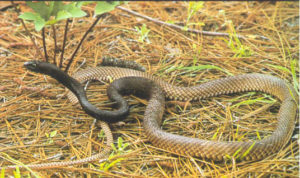 Eastern coachwhips can get up to 8.5 feet, but are usually more like 6-7 feet when fully grown. They are nonvenomous, but they are easily scared and will bite if cornered or threatened. I would avoid trying to come up close to these for the sole reason that they tend to bite one after the other and their bites aren’t enjoyable. 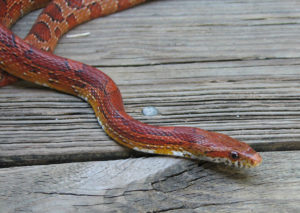 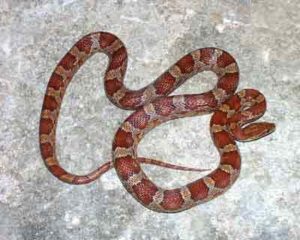 Corn snakes are extremely popular pet snakes because of their docile personality and easy care. They are nonvenomous and won’t bother you if you don’t bother them. They can reach 4-5.5 feet. They’re similar to rat snakes in that, if you want to, they won’t do too much to you if you try to move them somewhere else. 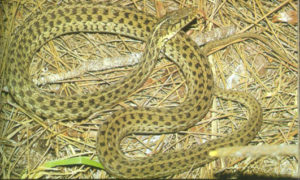 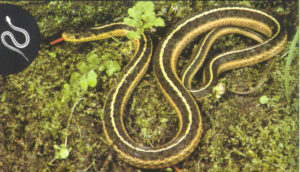 These two are both nonvenomous garter snakes. The top one is an eastern garter snake and the bottom one is a striped garter snake. These snakes can be 18-51 inches fully grown. They are harmless and great to have around your garden. 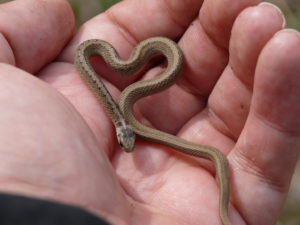 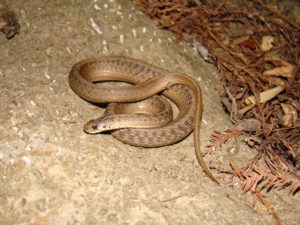 I’ve seen three of these in my neighborhood this year! People usually think that they are babies, but these adults only reach 12 inches long. They are brown colored (sometimes a bit lighter brown than what these pictures show) with little dots going down their back. They are completely harmless. Their mouths are so small they can’t really bite you at all. In my experience, if they see you they will escape into grass or under pine needles.

There are many kinds of harmless snakes in in my area not included in this post. Always use caution when dealing with wild snakes. Be smart and realize that they have just as much right to be there as you do. Killing snakes puts you in a lot more danger of being bitten than just leaving them alone. I suggest joining the group titled “Snake Identification” on Facebook. You can have professionals identify the snake you post within minutes, and you learn a ton from just seeing the posts.

Thank you for reading! I hope you have a new appreciation and understanding of snakes. Feel free to comment and ask me any questions you may have!

2 thoughts on “Recognizing the Snakes Native to Charlotte, NC”