I think I’m going to change my sprint to math for a while.

I’ve been really enjoying learning about genetics, and in a perfect world I would keep learning about it, but I feel like I need to work on some other things. I’m super behind (well, you know, “behind”) in math. I would like to be able to keep up with other teens my age in this subject and I feel that sprints would be the thing to help me do that. My mom said that she would like for me to catch up on math, and I was doing math every day this summer, but once school started I stopped. I found that I really enjoyed math on Khan Academy, almost as much as genetics, but I don’t think I can focus on two things at once right now.

TL;DR My next sprint(s) will be about math, not genetics.

Anyway, to get to this week’s sprint! I finally completed this section of Khan that I have been trying to get through for weeks! This section was pretty difficult for me as it focused more on how DNA replicates instead of punnet squares, hereditary disorders, butterflies, and rainbows.

Here are my thoughts for days through the week:

“I learned about how DNA replicates itself. There are tons of things happening at one time. The DNA unwinds from its double helix shape, the two sides are split apart, a machine goes and fills in the space left (creating two different DNA molecules out of just one). Now we have two different DNA molecules and they each replicate and now we have four. According to the video 700-1000 base pairs (I think this means DNA?) are replicated every second. Or, we start with one DNA Molecule and in one second that one has turned into 700 something. Crazy. What’s amazing is how fast this happens and how accurate it is at the same time. There are only mistakes around about ever 10million sequences. Afterward, something goes through and corrects mistakes. Then it’s every 10 billion there is one mistake!”

“I learned about how people figured out how DNA replicates. In the 1950s scientists knew/guessed that DNA could replicate in any one of 3 ways. The Conservative, Semi-Conservative, and Dispersive models. I didn’t really understand this part too well, so I’ll copy and paste info about each one.

Semi-Conservative
“In this model, the two strands of DNA unwind from each other, and each acts as a template for synthesis of a new, complementary strand. This results in two DNA molecules with one original strand and one new strand.”

Dispersive
“In the dispersive model, DNA replication results in two DNA molecules that are mixtures, or “hybrids,” of parental and daughter DNA. In this model, each individual strand is a patchwork of original and new DNA.”
As you might have guessed, it turned out that DNA actually replicates with the semi-conservative model. This is how that was discovered:

Two scientists, Meselson and Stahl, wanted to figure out how DNA was replicated. They grew E. coli in a substance that had heavy nitrogen, whatever that is. “When grown on medium containing heavy Nitrogen, the bacteria took up the nitrogen and used it to synthesize new biological molecules, including DNA.” After a few generations, the scientists switched to the Light Nitrogen instead of Heavy. They used centrifugation to measure the density of the DNA and used that to figure out how the DNA had to be replicated. “This method separates molecules such as DNA into bands by spinning them at high speeds in the presence of another molecule, such as cesium chloride, that forms a density gradient from the top to the bottom of the spinning tube. Density gradient centrifugation allows very small differences—like those between
Heavy and Light Nitrogen DNA—to be detected.”

Basically, the experiment showed that the later E. coli DNA grown in only light Nitrogen still had more density from heavy Nitrogen. That means that the DNA replication model had to be Semi-Conservative.”

“In the first article, I learned about how DNA’s mutations and problems in get fixed during and after replication. I’ve already explained it, so I won’t go into detail. I also learned about how DNA gets damaged when you get sunburned. Something can happen where if you get a sunburn and you have two Thymines next to each other then they can form a bond.That messes up the structure of the double helix and forms a sort of bubble. The affected bases surrounding the Thymines will be cut out of the strand and a new set of bases will be put in. The article also mentioned that there is a disorder where if the person is in the sun for even just a few minutes they will get sunburned. This is because the DNA can’t be fixed.”

Something that I noticed this week was that it was more difficult for me to complete my daily tasks. I think that is because I enjoy watching videos much more than I do reading articles. This week I had all articles; no videos. That made me not want to do it as much and put it off during the day. I think I might also be getting a bit tired of genetics after doing it for so long.

Tomis asked us Wings peeps to write what made us want to focus on we have been focusing on in our sprints.

I have a couple of reason why I have been focusing on genetics. 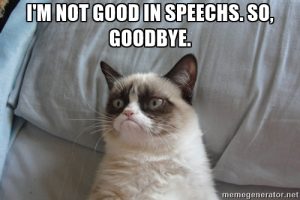